Get your data analysed for FREE with our new online application!

HBO Latin America is the leading premium, subscription-based, television network in the region, recognized for the quality and diversity of its programming. Featuring exclusive original series, films, documentaries and specials, the network is also the place to see some of the most recent Hollywood blockbusters before they appear on any other premium channel. The content is transmitted in HD throughout Latin America and the Caribbean, through the channels HBO®, HBO2, HBO Signature, HBO Plus, HBO Family, MAX, MAX Prime, MAX Up, and the ad-based Cinemax® channel. Its programming is also offered across multiple platforms, such as HBO GO® and HBO On Demand®. HBO Latin America is a joint venture between Home Box Office, Inc. (a subsidiary of Warner Media, LLC) and Ole Communications, Inc.

The company is committed to delivering the best entertainment experience for its entire audience, across many different affiliate broadcasters throughout Latin America and the Caribbean – and that requires data.

Collecting, validating, storing, and then analysing that data requires scalable solutions to meet the demands of sustained growth in the region. HBO Latin America turned to Avora to improve this process and deliver a more impactful experience for their analysts and content curators.

The company needed to track viewer interaction with its content: What content is being consumed? How often? For how long? From which devices? From which countries?

This requires highly granular and organised data from HBO’s affiliates, the broadcasters providing the content to customers, taking into consideration that each affiliate has different capabilities when it comes to data collection and delivery. Despite a standardized data format, HBO needed a way to scale the validation, approval, ETL, ingestion, and visualization of the data.

HBO Latin America had all the right ideas; they just lacked the tools to scale at the speed of the sustained regional growth. Their laborious manual data process allowed them to generate just one report each month, despite burning through considerable manpower. These issues were preventing them from uncovering powerful insights.

With over 20 affiliates supplying data in different formats, complex ETL was required to bring everything into a unified format. Only after this validation could HBO Latin America view their data holistically.

To tackle this, Avora implemented an automated validation process to ensure the affiliates adhere to the agreed-upon standardized format in all datasets from every affiliate. The Avora system applied a distinct transformation to each dataset, as specified by HBO Latin America, then merged all the data for analysis.

The automated process is significantly faster than HBO’s previous manual validation – saving significant hours every month of tedious labour. Additionally, the process allows HBO to expand to more affiliate partners without needing to account for scaling manual processes. Avora’s automated system also generates alerts when encountering significant issues with the data being ingested, which can then be immediately addressed. This not only accelerates HBO’s time-to-insight, but also guarantees accurate data with centralized data storage.

“It’s important not only because all the data is now in one place and validated, but also because users across the business can now view the data, analyse it, and understand it – something we couldn’t do before Avora. The engineering teams spend less time on ingestion and more time analysing data.”

In just a few months, HBO Latin America is seeing a hugely positive return from using the Avora platform. Since the end of 2018, Avora’s automated validation process has helped the company double the number of affiliates included in the report, saving significant man-hours on manual validation. The reporting capability has also increased hundredfold.

Since the data is ingested and transformed in real-time, business users can access the data to perform analysis whenever they want – rather than at the month’s end, as the old routine required. 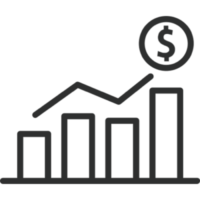 Most importantly, HBO Latin America is now able to add value to their distribution partners by sharing detailed insights into how its content is being consumed – a capability they did not have before. Since Avora is a self-service platform, users can create new cards, filter and query their data without any dependence on the data team. This means better operational efficiency and use of resources.

“We were very impressed by the speed of data validation by Avora. Previously we had to do all data validation manually, which was slow and took up a lot of our time. Avora was able to quickly and accurately validate large amounts of data, and this was a huge value add for us. Keeping everything in one place reduces complexity, reduces errors, and provides trust that the data is accurate and up to date.”